This is a wonderful time of year for DNA testing because both Ancestry.com DNA testing

sale does not start until midnight EST Thanksgiving day and lasts only until the 28th. See the banner below. What’s more, if you have already tested DNA, you can upload to DNA.land and perhaps receive a full genome test for Christmas (see the read more).

In addition to the great bargain prices, Family Tree DNA has special coupons for existing users which are new every Monday. You have to log in to see yours. Click the green box marked Holiday Reward (like the image to the left here) located just above your matches on your home page there.

And let’s not forget that MyHeritage has also entered the DNA testing arena with a holiday sale price of $79. My understanding is that the Family Tree DNA lab is doing their testing so your results should be transferable to Family Tree DNA for more matching sometime in the future. Note that the National Geographic deep ancestry project is transferable already.

Also we have been promised another Christmas present, any day now, Family Tree DNA will be able to take uploads of DNA data from the new chips at ancestry and 23andme for only $39.

So give the gift of DNA testing this year … Happy Holidays all!

and for the information on the DNA.land holiday gifting …

END_OF_DOCUMENT_TOKEN_TO_BE_REPLACED 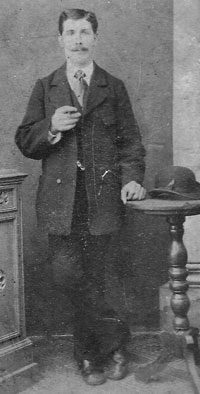 END_OF_DOCUMENT_TOKEN_TO_BE_REPLACED

The Genealogy Society of San Diego is having me give two talks this coming Saturday, one about DNA basics for genealogists and the other about how I broke some brick walls with DNA testing in my own family.

Talking about using DNA for genealogy is something I love to do. While I have lots of posts and pages here, there is nothing like being able to discuss it in person. The questions I get teach me what is difficult to grasp about this shiny new tool in our genealogy kit so that I can better help others. 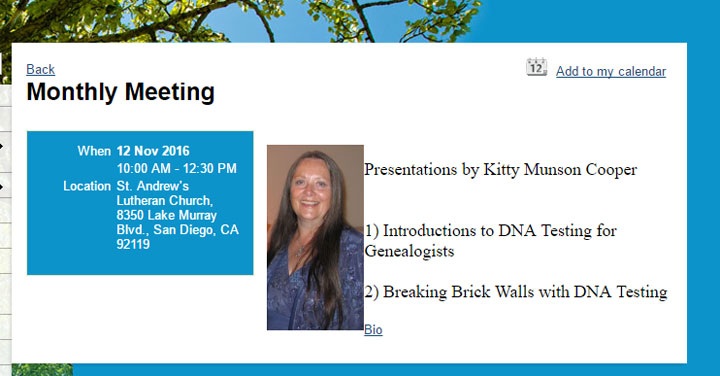 After the talk, I will put the links to my slides at the end of this article, but they have very few words so they are less useful if you were not there. All my presentation slides are at slides.com/kittycooper and the handouts that go with them are in my downloads area here.

If you cannot make it Saturday, here are a few of my articles on DNA basics, all of which are listed under the DNA testing tab in the top menu above: