When DNA Detective (DD) Carol Rolnick showed a family network diagram at her presentation last Saturday a voice suddenly piped up from the back of the room. Amazed, she looked up and said, “Sean?” A foundling whose case she had recently solved had flown in from Texas to come and surprise her. They had never met in person before. He saw on FaceBook that she was speaking in Carlsbad, so he got on a plane. Wow. 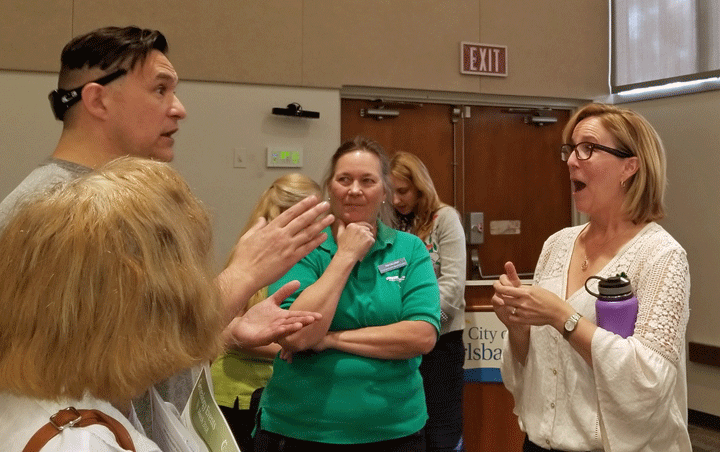 What a treat for us at our North County DIG (DNA Interest Group) meeting! Not only did we get Carol’s presentation but we got to hear the story of this case from both her and Sean. She mentioned that she has a special place in her heart for foundlings. They took turns explaining how she used DNA to solve this mystery of a 4 year old boy abandoned so many years ago in a motel room with his 2 year old brother. They knew their first names and not much else.

Sean was absolutely compelling when he spoke. Not a dry eye in the house. Preparation for his book tour?

If he does write that book I will be sure to blog about it. So I will not give too many details here other than mentioning that his brother was his half brother and their fathers had a very different ethnic heritage than their mother which was a big help in this DNA search.

Carol’s talk was the same one as she did at i4GG (see my previous post) but longer so it included more details and a few recent cases like Sean’s. She also mentioned that Cece’s i4GG talk about genetic networks was really worth seeing, so of course I watched it again when I got home. 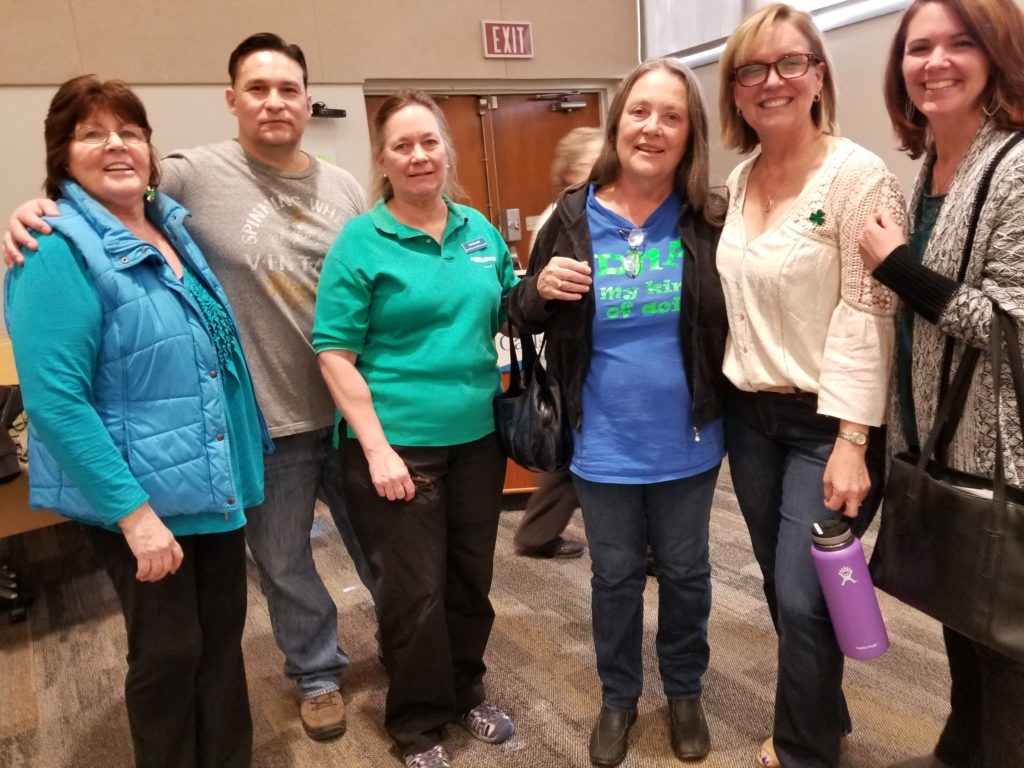 database (over 7 million) that we can list networks of who is in common with whom to help figure out unknown parentage cases, find family relationships, and even solve genealogical puzzles.

Personally I was able to use this technique for a cousin’s brick wall to figure out that a group of his matches were all from the same farm in Rogaland Norway and that Axland and Aksland were the same name. Although many matches never responded, one was the magic one that you dream of. Her aunt had documented the whole family back in Norway from an allodial court case, but that should be its own blog post …

Having a master spreadsheet of my Dad’s match segments has been invaluable for me in sorting out which lines new Norwegian relatives are on. Modern day Norwegians, like those from many non-English speaking countries, are mainly tested at Family Tree DNA and 23andMe, so Ancestry

is only useful with the descendants of the ones who immigrated.

Back to Sean and Carol. Thank you Carol for all you do. Do any of you remember the TV show “This is Your Life?” How terrific for all of us DIG members to be there for a real life version of it! Plus I am glad to have something nice to say about FaceBook!

8 thoughts on “This is your life DD Carol!”