Sometime in the last year a whole slew of British records from the 1800s, at least for the London area, came online at Ancestry.com

– I think it has been that long since I last looked for my UK relatives. 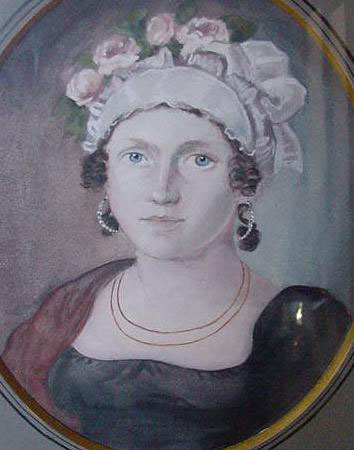 Last night, around midnight, I followed a green leaf for my 3rd-great-aunt Fanny Gugenheimer Mandelbaum, who had moved from Germany to London, fully expecting it to be yet another person who had copied my tree. Instead I found her and her husband David in the 1851 and 1861 London censuses. I had thought that they had no children but there were suddenly two daughters, and one of them married a fellow named Anton Benda and had many descendants in more censuses, 1871, 1881 and 1891 and other records. When I next looked up it was 3:30 a.m… oops.

I have to admire ancestry’s matching algorithm. Most of the hints were spot on and kept me clicking away until the wee hours. After a while some of the Benda descendants started appearing in other trees so I shot off messages to three new people and all three of them answered (very unusual on ancestry)! So far they are all just related by marriage.

Also now I have a surname to look for in our DNA results and in modern London – Benda. It seems to be East European, perhaps Latvian or Hungarian in origin. Not sure if it is Jewish. The Benda descendants seem to have marriage banns published so perhaps they did not stay Jewish.

I have an extensive family record from Regensburg which I found in the archives there when I visited. It indicated that my third great aunt Fanny Gugenheimer married David Mandelbaum of London. I knew that her mother, my third great-grandmother Regina Gundelfinger Gugenheimer (pictured above), had moved to London sometime after her husband died. I even have her death certificate from a good samaritan British genealogist who went and got it for me. But various searches for Mandelbaum descendants had come up empty. Now I realize that that’s what happens when you have only daughters.

The most fascinating records were the probate summary lists called the “England & Wales, National Probate Calendar (Index of Wills and Administrations), 1858-1966” which indicated who the executors were and thus gave me the names of a few husbands. Here is the probate listing for Frances Mandelbaum Benda, the daughter of my 3rd-great-aunt Fanny, which gave me the married name of one of her daughters:

, my world membership is really paying off.

Addendum: I am now in touch with a great-grandson of Frances’ in the London area!

4 thoughts on “British Censuses, Probates, and BMD Records at Ancestry.com”