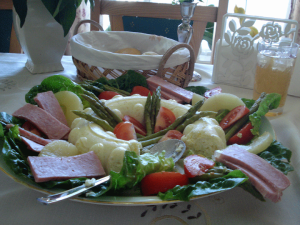 On Thursday my 2nd cousin Karen, who moved back to Norway some time ago, had us to her house for a lovely late lunch.

She lives in a fairly unique house with seven gables that her grandfather Oscar Bie bought and enlarged, staying with the original style, creating a lovely sun porch among other enhancements. The ceiling is low in the old part as you can see; Karen is touching it. 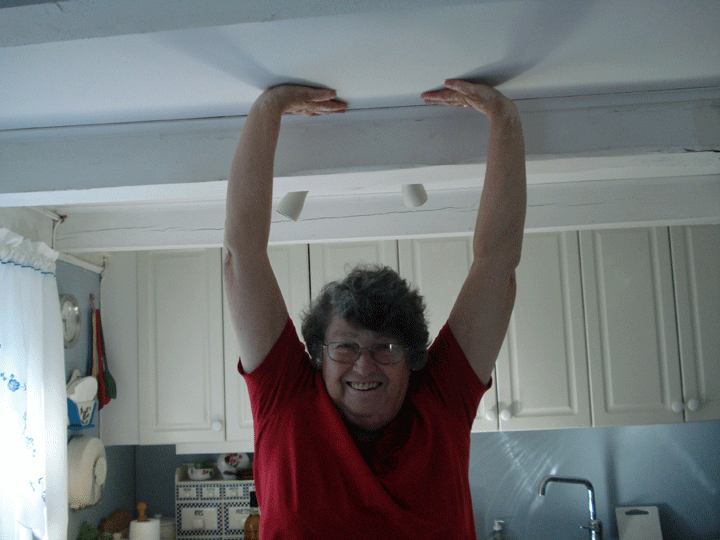 She looked through her photo albums and I found two that included my grandmother and many other wonderful ones. I took photos of a number of her photos so we will see how well they turn out 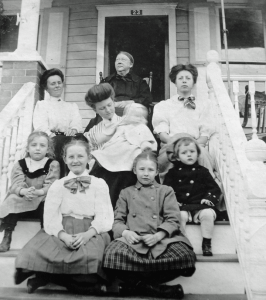 At the top of the steps in this old photo is my great grandmother Josephine Halling Monsen. In the middle is my grandmother Anna Lee Munson with the baby who could not stay still for the camera. To the right of her is Gertrude. Click it for the larger version and contact me if you know who any of the other people are.

Karen then accompanied us into Kristiansand, Norway’s southernmost city and the former home of the Monsen family who left there in 1884. We had dinner at our hotel where we were joined by 6th cousin on the Fatland line, Frode Amundsen. He had said he might be able to but I had misplaced his cell number and he was unable to call me. However he saw where we were from facebook and joined us!

After dinner we went to the address of the old Monsen home where there was a very old house which I thought was ours and wondered how eight children and four adults had fit in there. 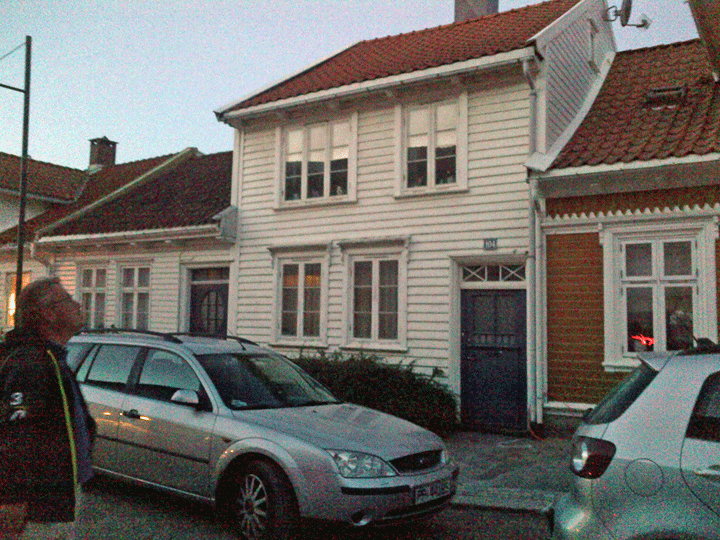 Frode looking at the house at 104 Henrik Wergelands Gate 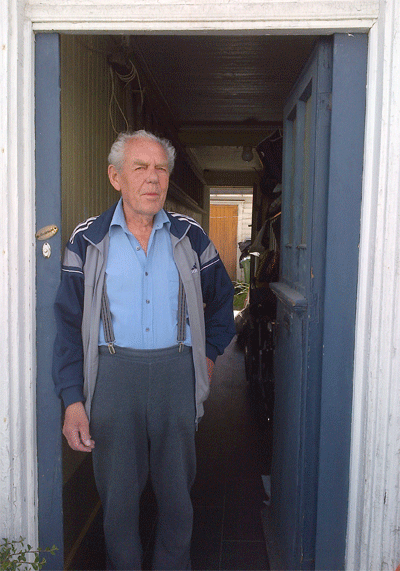 However it turned out to have been built in 1895 according to the owner who I met the next day when I knocked on the door. He was an elder gentleman who spoke no English but the young lady who perhaps was a boarder or a relative translated until she had to run off to work. This fellow’s grandfather had bought the house from Sofie Monsen in 1905. Apparently she had sat in the top window all day, drinking. She was the youngest sibling of my great-grandad Lauritz Monsen and never married. She died in 1909.

Then Corinne and I took a tour of Kristiansand which included the street next to Henrik Wergelands Gate where we learned that it was a sign of wealth to paint your house white. Kristiansand is only the 5th largest city in Norway today with some 90,000 people. It is built where the river Otra empties into the Skagerrak, the strait between the Baltic Sea and the North Sea. 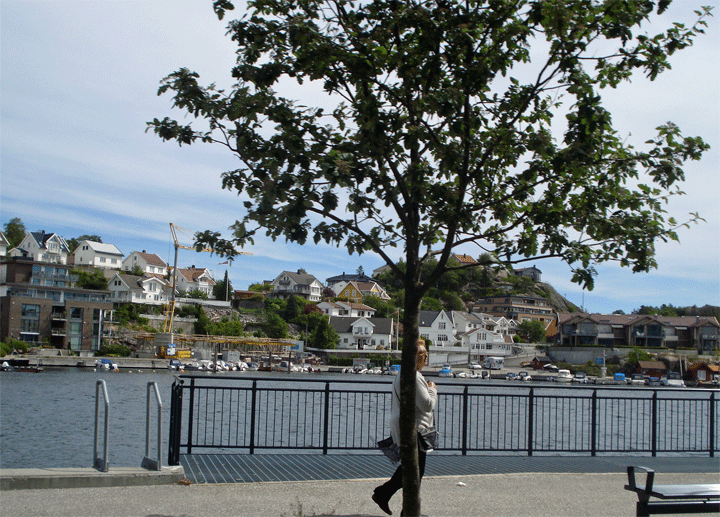 The Otra River in Kristiansand 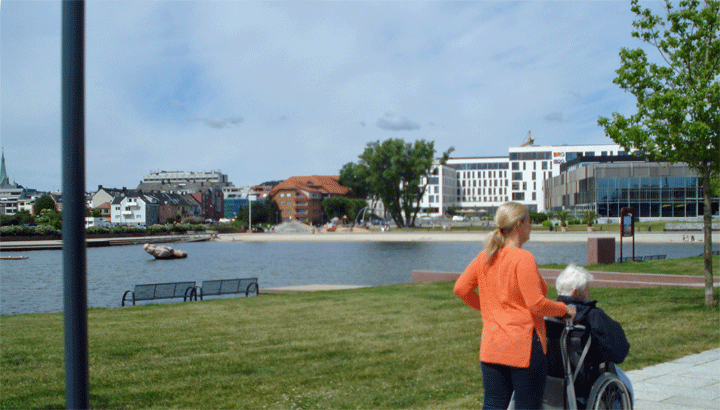 The Beach in Kristiansand

The beautiful Lutheran Cathedral was being built when my family emigrated from Kristiansand. It was completed in 1885, the year after they left. 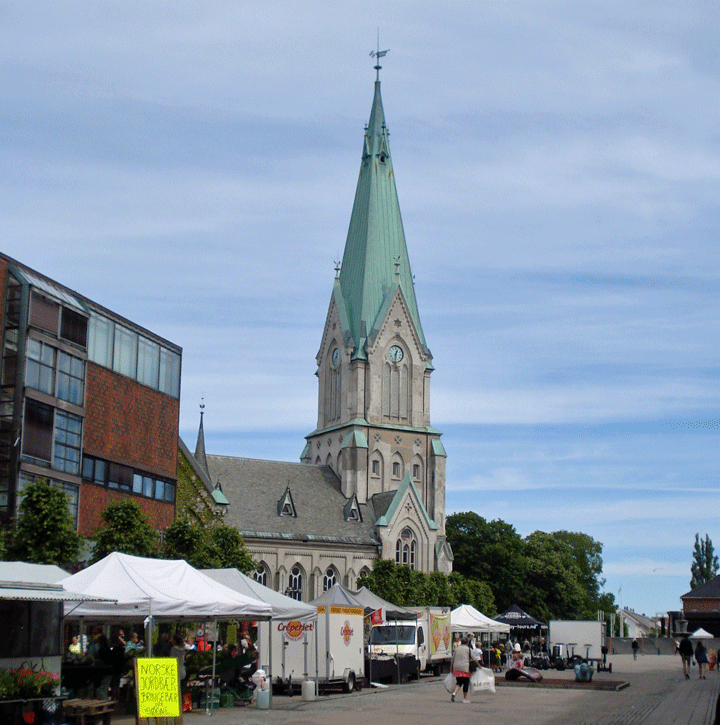 We were lucky to get to see the interior as well. 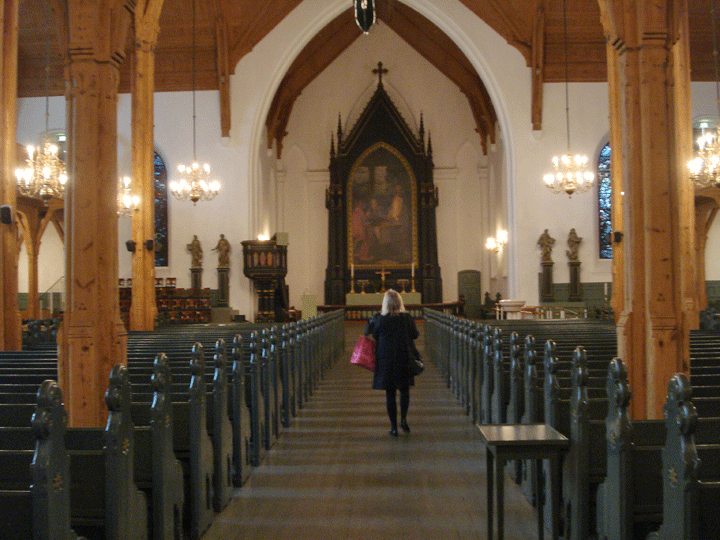