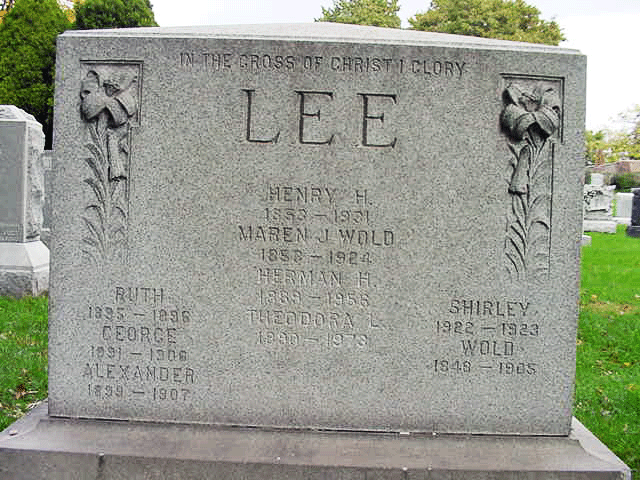 These are the the birth records I found in the online Norwegian Archives for Halvor and Hans of farm Skjold. They show the birth in the second column and the baptism in the third column. Some of my Norwegian ancestors seem to self-report their baptism dates as their birthdays later in life but not Dada. He usually used March 18.

So which one of these two is Dada? Henry is the normal Anglicization of Hans, but Dada reported his birth year as 1852 fairly consistently in America. Could he be Halvor? But he usually said march 18 was his birthday, so then Hans. How can I figure this out? The DNA has shown that these parents of Dada are correct but not which brother he might be.

There is a five volume local history book for Etne of which I own volumes II-V. The farm Skjold is in volume V and it states that Hans born in 1849 emigrated to America while Hallvard born 1852 moved to Stord, a nearby Norwegian island in Hordaland.

The moral of this story? Treat all birth year data with suspicion except the actual birth record and remember that immigrants will often anglicize their names once in America. 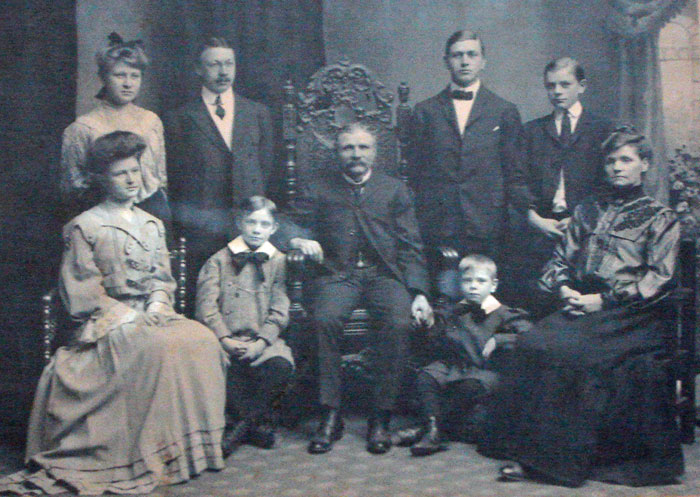 Dada surrounded by his family, more on my family site at http://kittymunson.com/index.php?page=lee-family

A special thank you to Blaine Bettinger for the post in his Genetic Genealogy Tips & Techniques Facebook group which inspired the telling of this tale.

6 thoughts on “Figuring Out An Ancestor’s Actual Birth Year”