Yesterday was a very very happy day. Thanks to DNA testing, an 82 year old man who thought he had no kids, 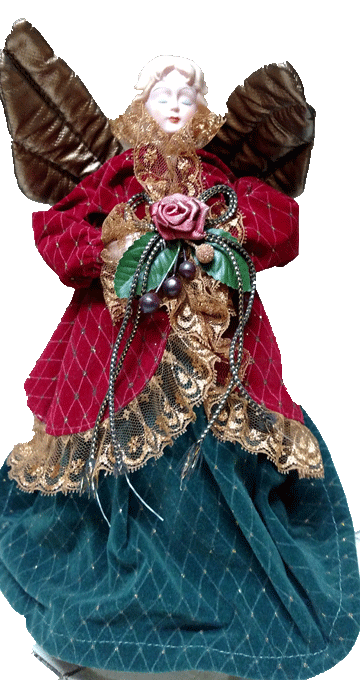 now has two wonderful adult children plus grandchildren and great-grandchildren. Merry Christmas Billy (my pseudonym for him)! Here is the story.

An accomplished and successful Florida business woman, let’s call her Cheryl, discovered at her father’s funeral that he was not her biological dad. His relatives told her and were not particularly nice about it. Cheryl knew that her dad, let’s call him Larry, had married her mom when she was three months along, but Cheryl had not known that Larry had a paternity test done and knew that she was not his child. He loved her mom very much, so chose to love and cherish Cheryl as his daughter. They were always quite close.

Her mother was long gone and could not be asked. In disbelief, Cheryl took the Ancestry DNA

test to confirm or deny this tale. She also got her half brother, her mother’s son from an earlier marriage, to test. That way she could separate out the matches on her mother’s side from those from her Dad’s line.

Her DNA results had no matches to anyone in Larry’s family, which disappointed her, even though it was not a surprise now. However she found what looked to be a half brother, let’s call him Joe, an adoptee born and raised in Australia. Her other paternal side matches, two second cousins, and several third cousins, all had roots in a small town along the Mississippi River. Surprisingly. the second cousins had no ancestors in common with any of the others. So Cheryl contacted me for help back in early October.

Paternal half siblings really stand out in the DNA (click here for that post) so I was able to quickly confirm that Joe was her older half brother.

Normally I do not have the time to do a full search for an adoptee, I teach them how to do it themselves or send them to DNAadoption.com or DNA detectives at Facebook. If they can afford professional help, I suggest Legacy Tree Genealogists. But Cheryl really needed some expert help to sort this out and I found that half brother in Australia irresistible! (Any Australian search angels out there? He has his mum’s name but needs help finding her).

When you have a second cousin match, the mirror tree approach will almost always identify which great grandparents are yours too because there will be hints on your DNA page for many people on that line. So I made a quick private copy of her predicted second cousin Sally’s tree on Ancestry

and expanded it so that every line was back six generations where possible. Then I attached Cheryl and her DNA to it as Sally’s sister. Strangely, hardly any hints came from that, other than very distant cousins, which are never convincing unless they cluster around a specific ancestor.

I now think that Cheryl’s two second cousin matches have an unexpected grandaddy who is not the one listed in their tree. But at first they really tripped me up. So we had Joe do a Y test to 37 markers at Family Tree DNA in the hope of finding a surname.

While we waited for those results, I ran GWorks on all Cheryl’s 4th cousin and closer matches. This identified a couple, let’s call them Louise and Harry, who were in many of her third cousin trees. So I built a quick research tree for that couple, copying from other trees but being a bit careful about sources. None of the children of that couple had spouses whose surnames came up on the surname frequency list from GWorks, except one with a common name, let’s call it Smith. After attaching Cheryl and her DNA to the Smiths in this new tree, the DNA hints did not work for that couple being her ancestors. Furthermore the many hints were clearly only for Louise’s ancestors. Time to look at her siblings.

Louise had seven brothers and one sister, all of whose children needed to be researched. Apparently none of their descendants had DNA tested. An obituary suggested one of them, let’s call him John, had been in the Navy (think Australia) and mentioned the names of his children. Next I used various people search sites to find contact information and followed with some phone calls to try and get some additional testers to narrow this down.

My lead in was “I am a genealogist researching the XYZ family, are you the child of John Chester XYZ?”

“No, sorry, I am the son of Ralph but talk to my cousin Sarah who is his daughter, here is her number.”

Sarah said to talk to her sister Barb, who knows everything. Barb was a delight, even though she was dubious about doing a DNA test. So I told her a bit more: what Cheryl had found out at that funeral and that the DNA pointed to Barb’s family. She told me that no one from her XYZ family had ever left that area … but oh wait, cousin Billy had. His mom and XYZ dad had divorced, after which Billy and his mom had moved to California. Billy had traveled quite a bit in his youth, but was now living up the hill from Barb. I gave her my phone number to give to Billy, hoping he would be willing to talk to me.

When Billy called, I asked him if he had been in Australia in about 1958 and he had! He admitted to being somewhat wild in his younger days for which he seemed a bit penitent. I asked him if he was sitting down and then told him about Joe as well! He was a bit shocked but very pleasant and agreed to do the Ancestry DNA

I had Cheryl order, receive, and register the kit before sending it along to her 82 year old probable Dad to spit into. By the way, the Y test results came in earlier this past week and confirmed the XYZ surname.

If you are wondering about the two second cousin matches with the possibly wrong trees, they are half sisters to each other. The sister who did not grow up with their mom changed her tree to make her mom’s dad an unknown brother of Louise with the full XYZ tree. Subsequently dozens of good DNA hints came in that perfectly fit that scenario. Note that she had no hints for the grandad of record’s line when he was on her tree.

Each of Billy’s new found children called him and talked to him at length. Plans for get-togethers, including flying in from Australia, are in the works. Merry Christmas to you Billy and to all of you readers as well!