A quick search discovered Shelley and I share a common ancestral couple, my Aamund’s parents Bjørn Person Ve 1725-1792 and Metta Olsdatter Fatland 1729-1805. They are my fourth grandparents and her fifth, making us fifth cousins once removed. To figure this out I count the Gs in the closer relationship then add the number of removes for the difference in generations or more easily, I use GENI or wikitree to tell me the relationship.

I am still amazed that Shelley shares DNA with so many of her 5th cousins once removed. Yet another case that differs from the data Debbie Kennett discusses at http://cruwys.blogspot.com/2016/01/autosomal-dna-triangulation-part-2.html but then Norwegians had large families of 8-10 kids with at least 6-7 reproducing for many generations which would change the calculations done by AncestryDNA. Shelley and my common ancestral couple had 14 children of whom 7 lived to have 8-10 of their own.

Back to the X match, this rates to be on Shelley’s Dad’s side since it is her mother who is my relative and my 3rd cousin is related to us on his paternal side. However my 3rd cousin’s DNA does show that his parents are distantly related. As we all know, X lasts a long time, so this might be from the same family line further back. More research is needed.

Last but not least, Shelley is an adoptee who has found her birth mother’s family but not her Dad. From her DNA her dad is at least half Norwegian, perhaps 3/4. So time to stretch my search angel wings … 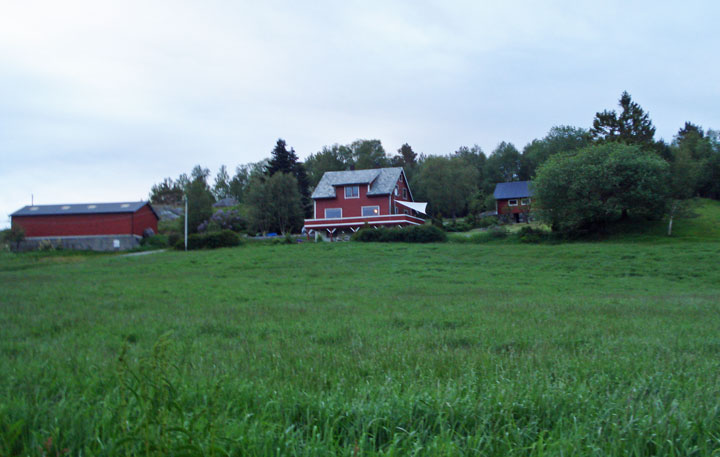 Oldest of the Ve farms, the one where our common ancestors lived

6 thoughts on “Another Triangulation Success, Another Etne Cousin”