Matching DNA has put me in touch with an extremely large number of Norwegian cousins who share my fifth grandparents from Fatland farm on Halsnøy Island in Hordaland, Norway. What’s more, perhaps due to the large number of them, I am seeing some triangulation of segments among their results. 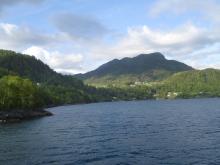 Halsnøy Island in Hordaland, Norway from the ferry

This started me thinking about the effect of many generations of big family sizes on the number of sixth cousins I might have from a specific set of 5th grandparents. It would seem to me that the larger the number of cousins, the more likely it is that there are some who share good sized segments with me and Dad.

So I did a little simulation in a spreadsheet. It’s very simple, it assumes that the number of children reproducing in every generation is the same so that you can see the differences for different family sizes. I also did a line or two with the real/estimated numbers from the Fatland couple.

My spreadsheet is available in my downloads area for those who wish to play with it. Download

This article in the ISOGG wiki discusses the number of expected cousins and the probability of matching DNA with them: http://www.isogg.org/wiki/Cousin_statistics
In fact it was the disconnect between those predictions and my observations of my Norwegian matches that inspired this article.

Obviously there are likely a different number of reproducing children in each generation. Back in the 1700s people had lots more children but some of them died before having children of their own. In the 1800s they still had lots of children, but far fewer died. So in the mid 1900s, many of us see our ancestors having less children to start with. My great-grandparents on this Fatland line had seven children, three of whom died in childhood in the early 1900s but in the following generations almost no children died.

So how many fifth cousins do I have from the couple whose descendants seem to be triangulating? Ole Hansen Fatland (Augnaland) 1696-1772 and Brita Monsdatter Fatland (Aksdal) 1701-1783 had seven children of whom six reproduced. Using the data on their descendants from GENI.com they had 34 grandchildren and 73 great grandchildren. 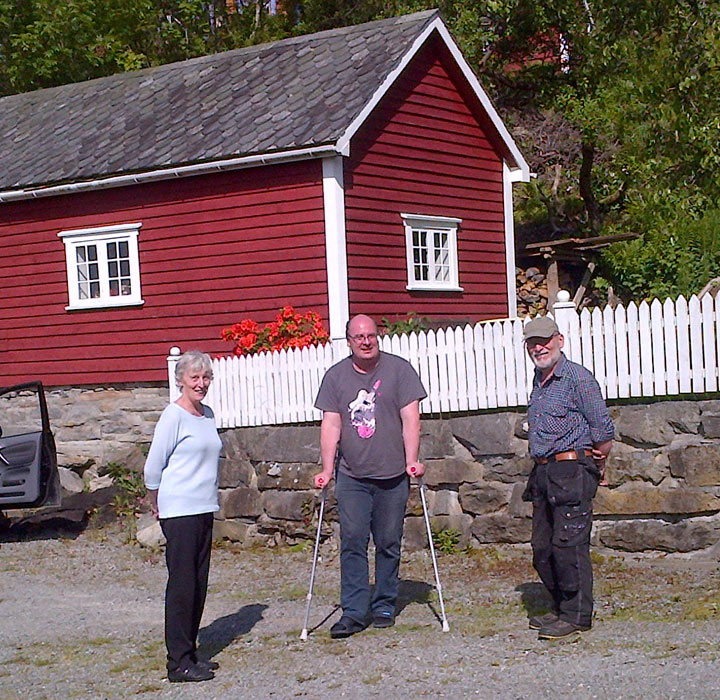 Three of my 5th cousins once removed on a visit to Fatland farm, June 2015

20 thoughts on “How many cousins share my 5th grandparents?”