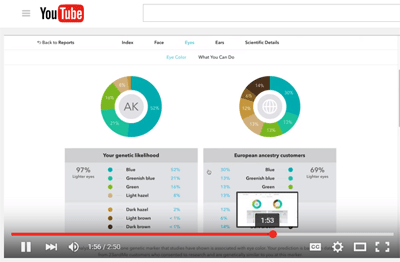 The price has gone up but so has the amount of information you will receive. Those of you who bought kits after the FDA shut down the health information at 23andme will now get the new improved reports. All of us testers will receive an email once our accounts have transitioned over.

I received 12 emails today announcing this! As soon as any of the accounts I manage transition over to the new software, I will write a report here on my blog. The accounts that already had health reports were promised in the email that they will “continue to have access to [their] current health reports. The new experience will include redesigned versions of many of the same health and ancestry reports that you currently have.”

The lists of reports can be seen here: https://www.23andme.com/service/ There are 36 autosomal recessive carrier status reports, four ‘wellness’ reports, and about 19 trait reports. The price for 23andMe will now be $199 instead of $99.

12 thoughts on “Big changes coming at 23andme, Health is back”