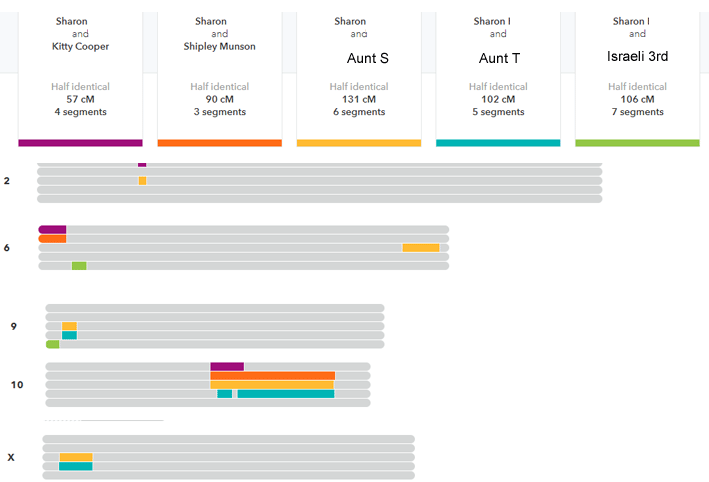 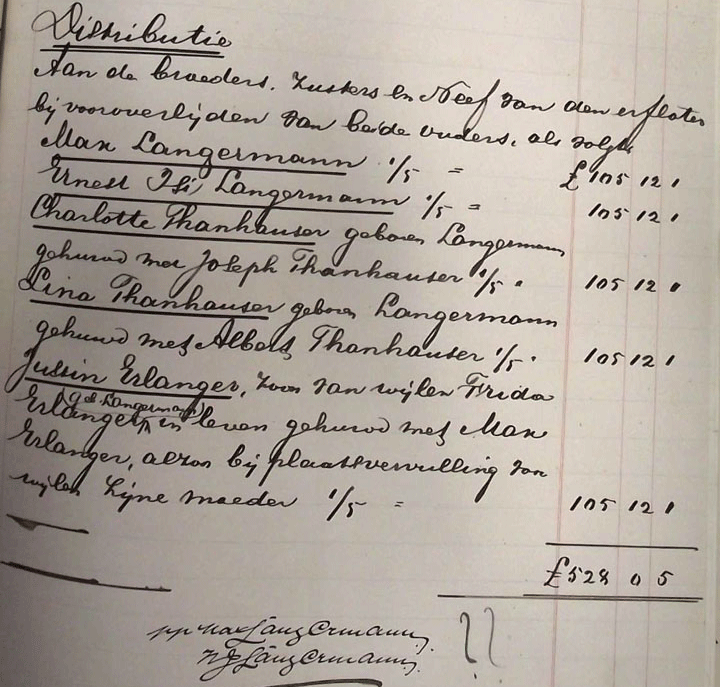 “Max was my great grandfather as I have a silver cigarette case from him, says Max Langermann Esq, 42 Holbein Viaduct, E.C. My Dad passed when I was 18 and his Mom’s name is not mentioned on the Birth certificate. My Mom is visiting from South Africa and can’t remember my Grandmothers name but hopefully it will come to her. I will take a look at the family tree. “

To which I responded that Max had no children and he was very generous with all his relatives, many of us have inscribed silver items from him. I gave her this URL for my article about getting documents from the South African archives so she could find out more.
https://blog.kittycooper.com/2015/04/south-african-records-online-and-facebook-groups/

Silver pie cutter from Max owned by an Israeli cousin

A few weeks later she had her grandmother’s name – Augusta “Gussie” Langermann – and birth place from her death certificate. This made the hairs stand up on the back of my neck. My great great grandmother was Auguste Guggenheimer Langermann. Gussie must have been named for her! Since Gussie was born in Salisbury, Southern Rhodesia, she must have been Isador’s daughter. Why did we not know about her? I had heard so many stories about Max and the others. 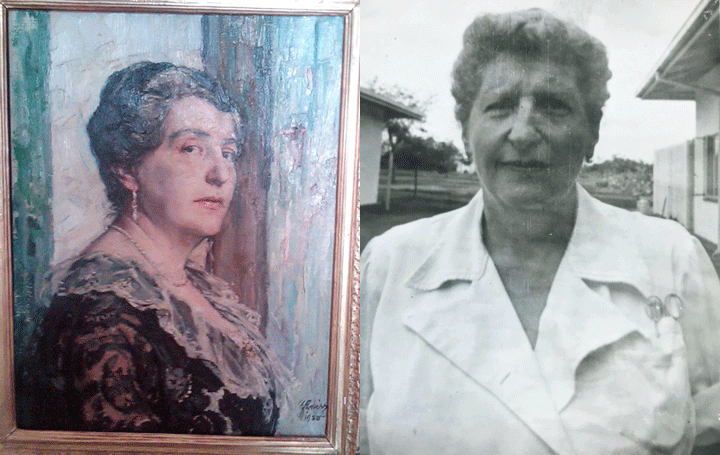 Here is what Sharon told me:

“As far as my Mom and I can piece together Augusta is the daughter of Isadore and Edith. My mom thinks she was born in Rhodesia and that Isadore and Edith owned the Langham Hotel. Originally my Mom thought her maiden name was Langham but then looked at the cigarette holder and it said Langermann. My Mom thought that it had belonged to an uncle which makes sense.

Augusta as far as we know became estranged from her family when she married a Catholic and converted. They had two children. I’m not sure what happened to him [Ed note: he died] but she married again to my biological grandfather and they had one child, my Dad. Augusta was a qualified theater sister and ran the operating theater at the local hospital in a town called Messina where they lived. Messina is the border town between South Africa and Zimbabwe.”

This works with the dates and the amount of DNA. So Sharon is my 3rd cousin via (Ernst) Isadore Langermann. Gussie would have been 11 when her father died and her brother Fred even younger. So why was Gussie not adopted by Max? What happened to her mother Edith? Did she remarry? Perhaps Max only adopted Fred much later, after Fred’s mother died, by which time his sister had left the nest. 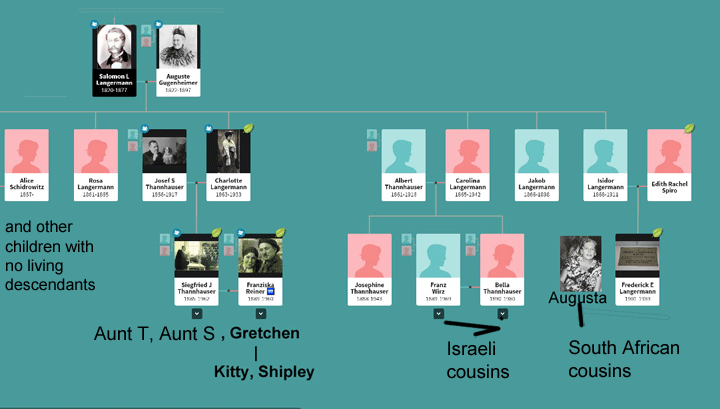 Screen shot  from my Langermann family tree on Ancestry.com with my annotations

With the help of the documents Sharon received from the archives, she was able to find the surnames of Gussie’s first husband and of her daughter’s husband. That lead her to track down her cousins via FaceBook and she put me in touch with them. One of them is helping me reconstruct this family’s history and work on those mysteries. Another of them sent me his family tree with names and dates.

One thing I love about family history is that it lets me see history through the eyes of my own family. Here is what one of Sharon’s half first cousins and my 3rd cousin, wrote to me:

I was born in Southern Rhodesia (still under British Rule). My parents gave up their British Citizenship when UDI took place on 11th November 1965. We had a fantastic childhood and then the Bush War started – this war affected so many lives and the world couldn’t see it. My dad and brothers both served and my sister was a nurse and I helped wherever, as I was still at school.

We lost a lot of friends but as a country we were united. When independence took place in 1980 – there were plenty of people who emigrated all over the world. I left Zimbabwe in 1985 to start a new life in South Africa and have been here ever since. Again things were going well even when Mandela was President as he was well loved by both black and white, but we live with corruption now and crime which is uncontrollable and violent. I love Africa and the wildlife and at any opportunity I get, I go to the Kruger National Park. “

There seem to be many Langermann descendants in the medical profession like my grandfather, his first cousin Gussie, one of my first cousins, a niece of mine, an Israeli 3rd cousin and her grandmother, as well as one of my South African 3rd cousins.

Also we all share a 5th cousin descended from the Steinhardts of Floss who lived in Kenya for many years and likes to return to go on safari. Plus my son spent part of his honeymoon visiting an animal park in Zimbabwe. So wildlife may be another shared interest. Here are some pictures from cousin Ralph:

N.B. Many of the names in this story are linked to their profiles at GENI where there are more documents and stories

4 thoughts on “South African Cousins! Thanks to DNA”