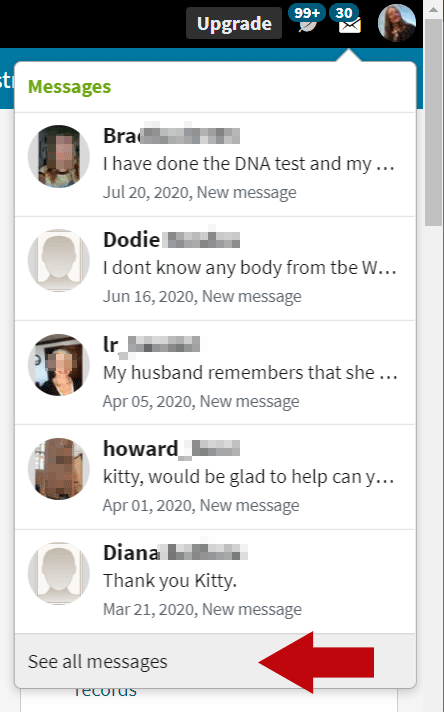 Drop down menu from messages icon top right, red arrow added by me

The changes to my messages on Ancestry are more of a problem for me than the upcoming changes to small matches. Most of the major bloggers have weighed in with their opinions about Ancestry removing matches of less than 8 cM to people not starred, grouped, or messaged. So I will list some of those articles at the end of this one. Fortunately the date for this change has been moved from early August to late August.

Personally I do not have a strong opinion about small segments. For my family, those matches are not at all useful, so I pay them no attention. About half of them rate to be false matches anyway, although Ancestry has good algorithms for phasing, making more of them real than elsewhere. However I do understand that small matches can be important to people looking into deeper ancestry. Note that I have never used those very small matches even when solving unknown parentage cases.

The other upcoming changes to segment information like showing the size of the largest segment and using decimals for the centimorgans (cM) instead of rounding to the nearest whole number are clear improvements. [UPDATE 30-Aug-2020: the longest segment is here. Click here for my blog post about it.]

However my messages, carefully filed into 50 folders, have just been converted to the new system months after everyone else’s. One major annoyance is that every message thread was suddenly marked unread, all 64 of them! I had previously read almost all of them (only 4 listed unread on my icon). At least they gave me the option to download my old folders of messages. 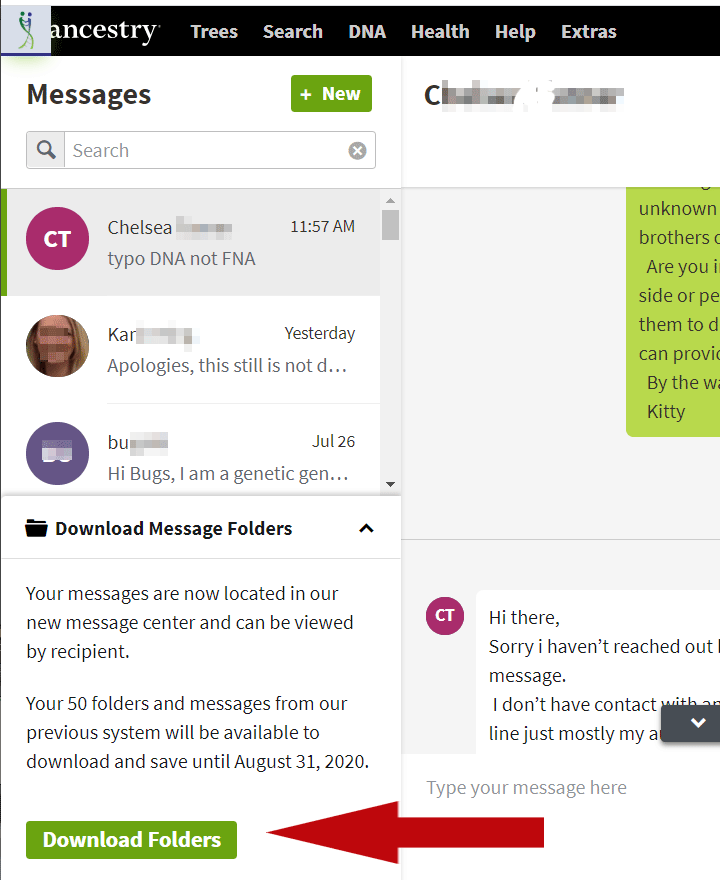 My Messages look like this now, red arrow is my addition