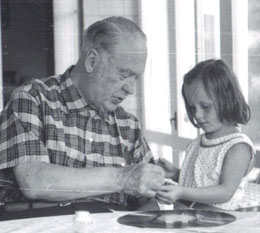 Today there were dozens of news articles about the European Jewish founder effect suggesting that all Ashkenazim are descended from about 350 people who lived in about 1300 A.D. or so. This, combined with a fair amount of endogamy, would explain the large amount of shared DNA among European Jews.
END_OF_DOCUMENT_TOKEN_TO_BE_REPLACED

I felt like reading more genealogy blogs about Norwegian genealogy research and also wanted to check if there were any on DNA that I was missing, so I headed over to Geneabloggers for a look. I used the search function on their list of over 3000 genealogy blogs and added a few more to my list.

I miss the old igoogle page where I organized the RSS feeds from all of the blogs I read. I now use protopage to organize the feeds from the blogs that interest me.

Of course I have subscribed to my favorite blogs via email updates. In case you missed it, there is an email sign up at the very bottom of the right column here on my blog. Unlike some, instead of sending the whole post, it sends the first paragraph from each of my last five posts so you can click through to what interests you.

The segment mapper can now make a picture from an unlimited number of people, as long as you specify a color for those above 40. Also colors can be specified for every person. Additionally if you want to use a smaller number of tracks than four, it now will use the extra spacing correctly.

These enhancements all came about because I did not like the way my picture of the DNA inherited from my Wold ancestors in my previous post came out. So here it is again. I added a few more people, made it three tracks, and started playing with the colors. More improvements on the way, like fixing the long key to go side to side. 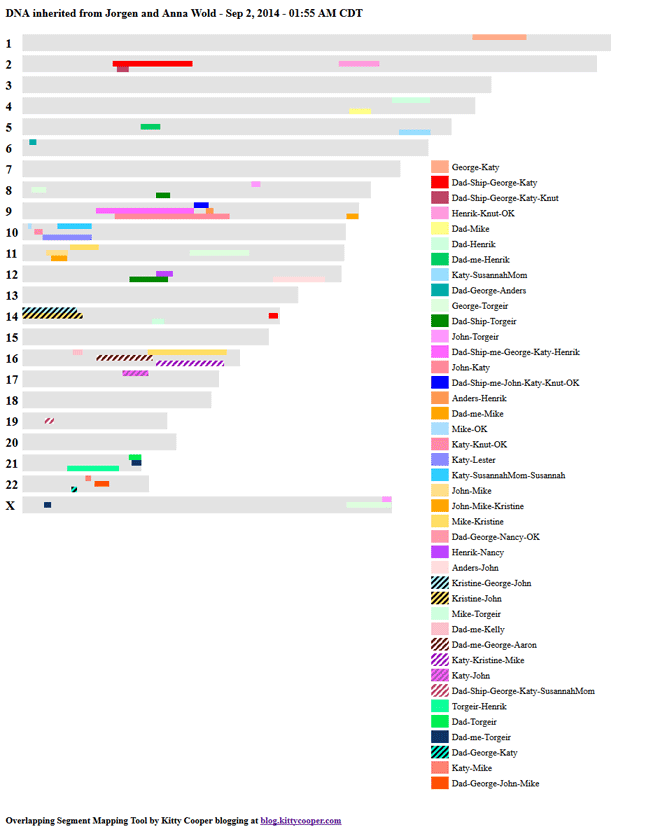